It is one of the most widely used spirits in the world. Vodka can be made from any vegetable raw material rich in starch or sugar. Currently, sorghum, corn, potatoes, molasses, soybeans, fruit, rice or sugar beet are often used. However, the best distillates are made from rye and wheat. Russia, Poland, Finland, Sweden - these are countries that have made vodka production almost an art. In the USA, vodka was Virtually unknown in 1940, today it is also among the popular spirits there. Standard Ukrainian, Polish, Russian, Latvian and Lithuanian vodkas contain 40-75% alcohol. The European Union set a minimum alcohol content of 37.5% for vodka, the USA 30%. Historians are still not clear when and where vodka began to be produced. According to some sources, it should have been in the territory of today's Russia in the 9th century, other sources indicate that it happened in Poland in the 8th century. Vodka was initially used as a medicine, it had a different taste, color and smell and a low alcohol content, because the technology of natural fermentation could achieve max. 14%. It was only after the discovery of distillation that "hard" alcohol came along. The first distillery (vinokurnya) for the production of vodka was documented only in 1174 in the chronicle of the city of Vyatka, then Khlynovska (Russia). The name "vodka" is a diminutive of the Slavic word "voda". It can be interpreted as "little water" or "little water" (a lot of alcohol). The word vodka was first recorded in 1405 in Poland (court documents Akta Grodzkie). Back then, it referred to a chemical compound used as a medicine or cleaning cosmetic, while a popular drink in Poland was called gorzałka. The word vodka written in the alphabet appeared for the first time in 1533 in relation to a medicinal drink that was transported from Poland to Russia by merchants from Kievan Rus. In Central and Eastern Europe or around the Baltic Sea, vodka is mainly drunk neat. Vodkas with fruit powders are very fashionable and popular today. Elsewhere, vodka is mainly used to prepare cocktails and mixed drinks. It is an important part of drinks such as Bloody Mary, Sex on the Beach, Moscow Mule, White Russian, Black Russian... Tip for preparing sugar syrup We use sugar syrup when preparing almost every cocktail. We can never add pure sugar. Cocktails with sugar syrup are smoother and tastier and have a better consistency. Sugar syrup cannot be replaced even by industrially produced fruit syrup. If we don't want to buy syrup, we can make it at home. To make 1/2 l of sugar syrup, we need 1/2 kg of granulated sugar and 3/8 l of cold water. We will get a basic tasteless syrup. All containers used must be perfectly clean. Pour sugar into a stainless steel or enamel pot, cover with water and dissolve. We put it on the fire, bring it slowly to the boil and stir occasionally. When the mixture starts to boil, sprinkle it with cold water so that the foam that forms on the surface falls off. We collect the foam that remains. Then cook the mixture for about 5 minutes. We will have approximately 1/2 liter of pure sugar syrup. Pour the syrup through a fine sieve or a clean thick cloth into a jug or porcelain mug, and after it cools down, you can pour it into bottles, close it well and store it in the cold. If we had boiled the syrup for two or three minutes longer, it would have been thicker and would not have lasted for a long time, just like honey, it would have crystallized soon in the bottle. Let the syrup cool down and use it to make cocktails.

Sort by:
Best sellers Relevance Name, A to Z Name, Z to A Price, low to high Price, high to low
Showing 1-2 of 2 item(s) 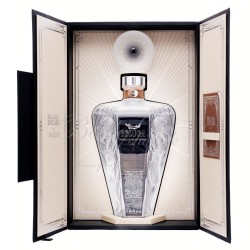 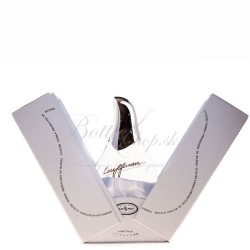